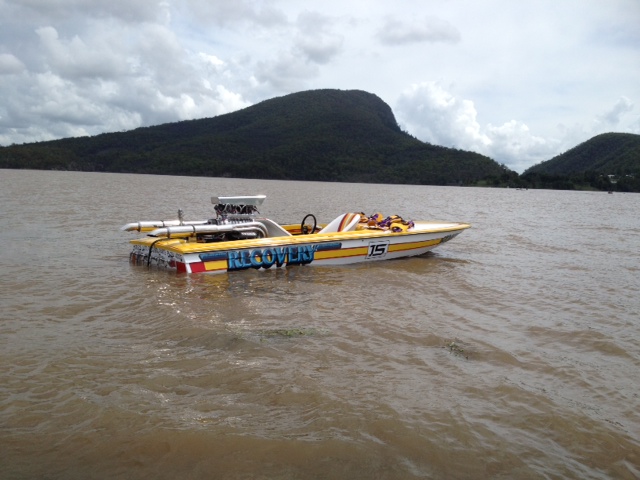 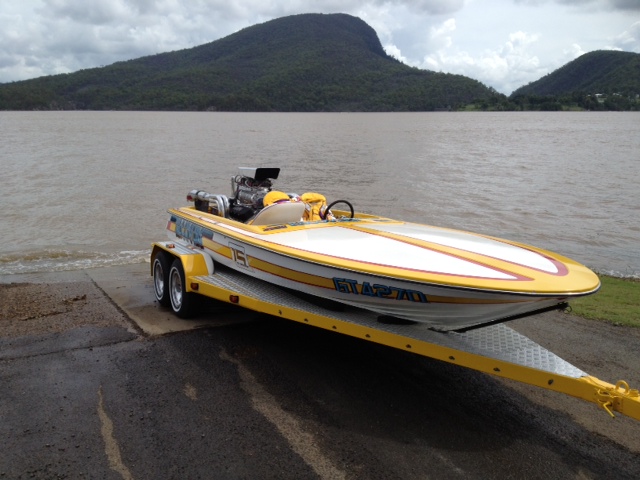 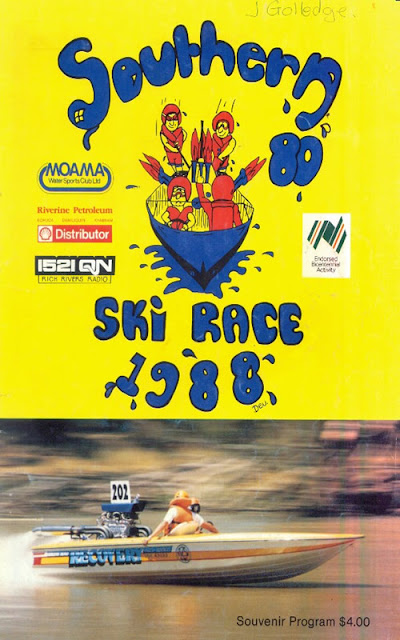 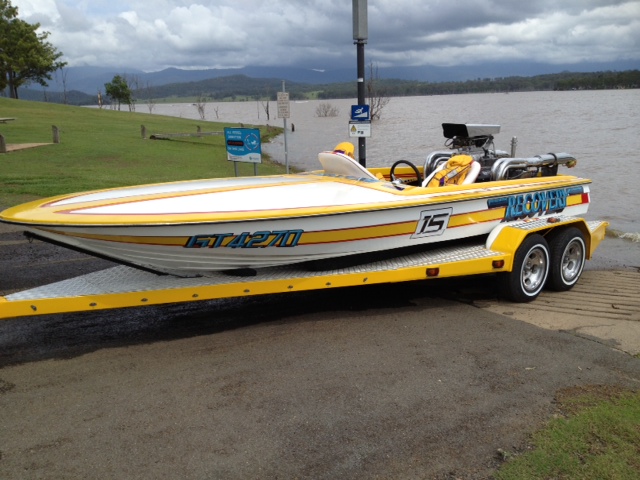 In the presence of greatness !!! We hinted back in November that Grant had got himself hold of a slice of Aussie boating history and here's the result of his hard work and determination since then in all her glory.
"RECOVERY",outright winner of the 1987 Southern 80 (among'st numerous other victories) in which her creator, Ted Hurley and crew, covered the distance in an astonishing 37.15.32 ...not too shabby even by today's standards! Some of you may also recall her starring in the Lake Boga clip (above) that we posted a while back. Believed to be one of only two 20ft V hull's produced by legendary Bert Everingham before the mould's were sold on (the other is "OUT OF CONTROL", also seen in clip). For a short time her name was once changed to "REFLECTIONS of recovery" when a second "RECOVERY" was built by Ted and joined the team but she would always be known as 'the' "RECOVERY" and her identity was soon returned.
Grant has her well and truly back in form and is now itch'n to get her back out there racing :) .... cheers mate.
*** Be sure to click on GT's tag below
Posted by aussieskiboats at 12:16:00