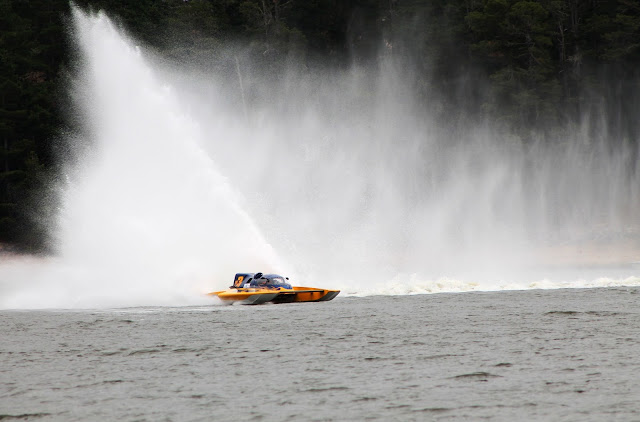 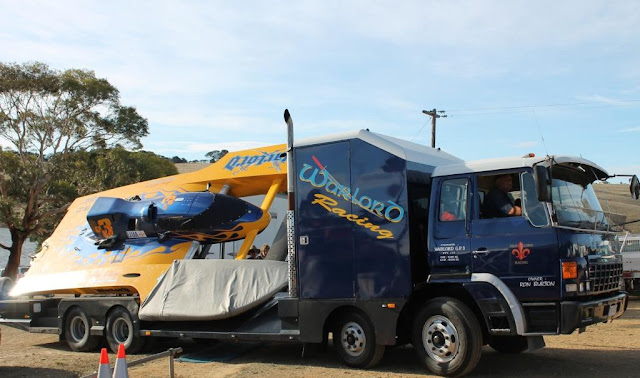 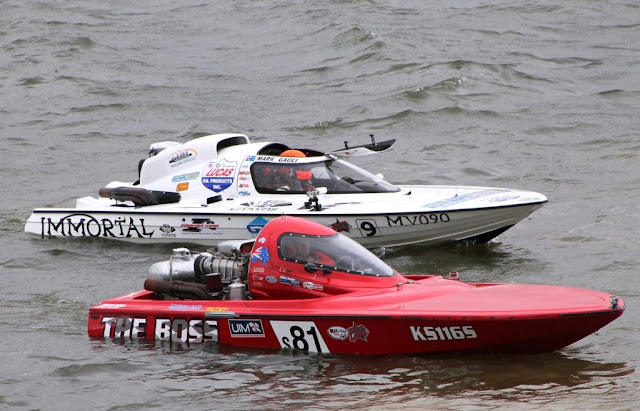 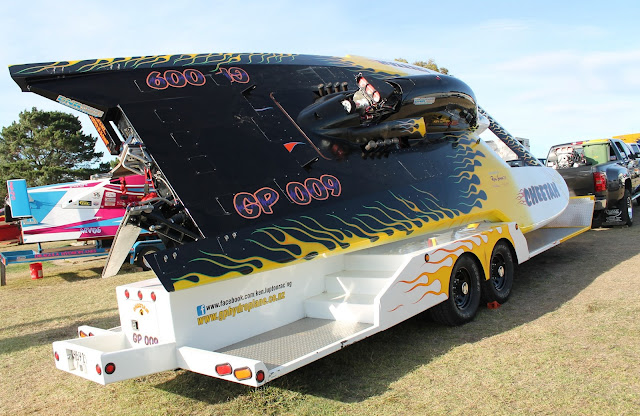 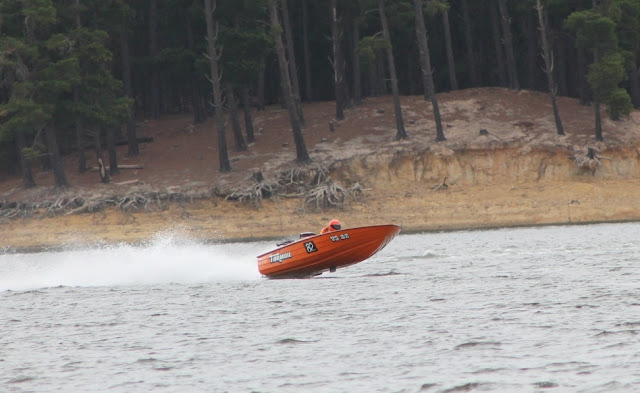 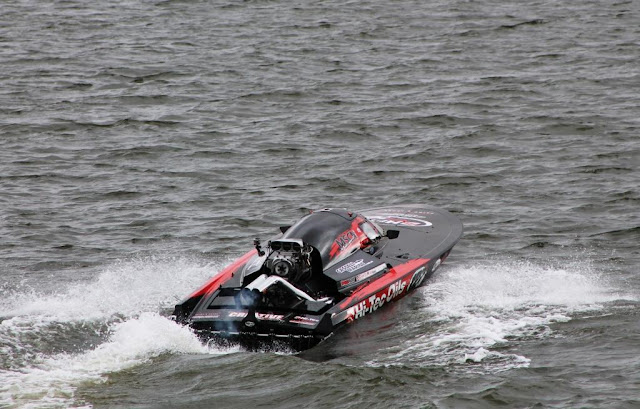 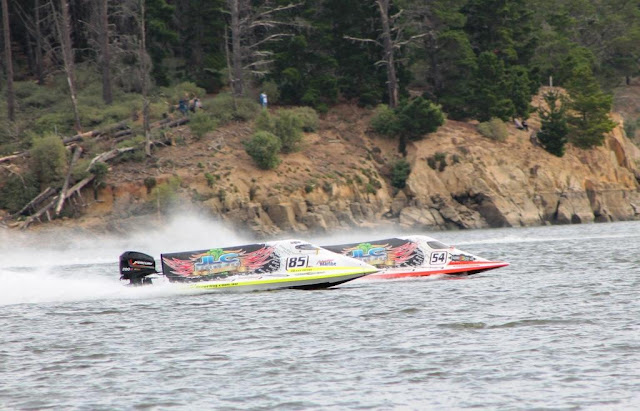 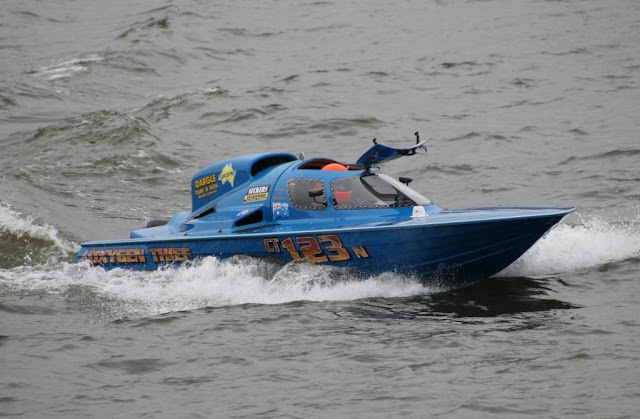 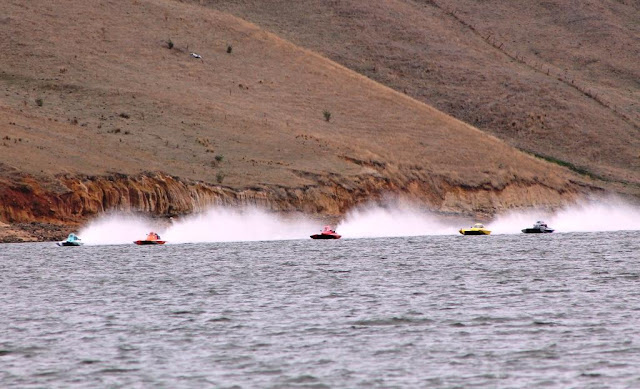 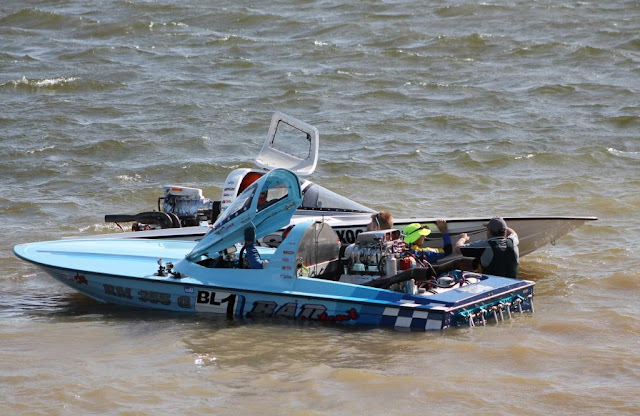 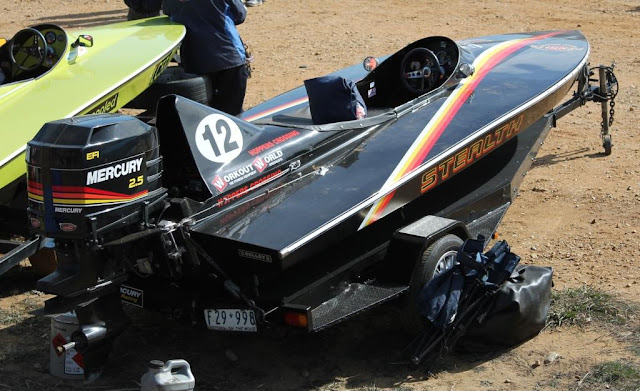 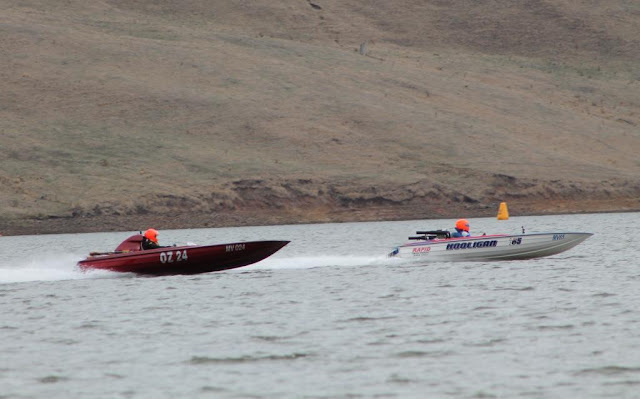 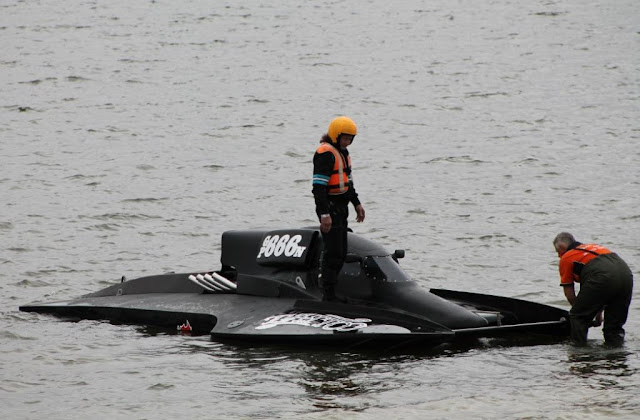 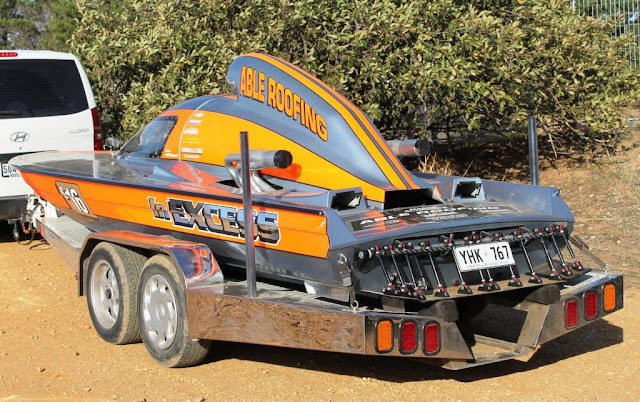 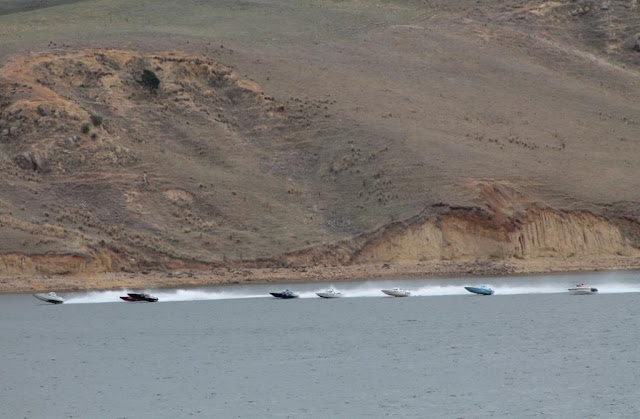 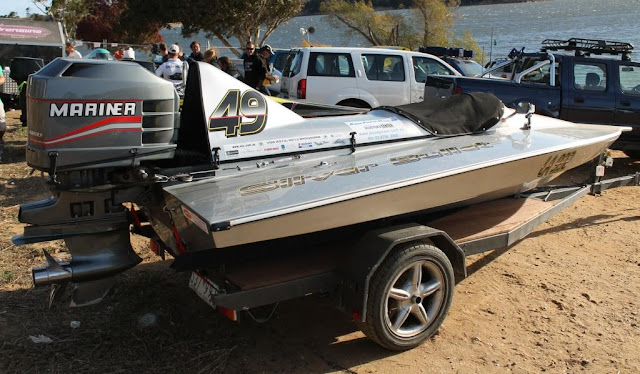 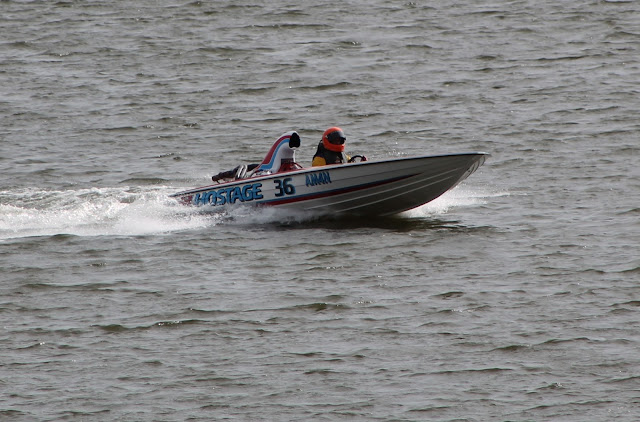 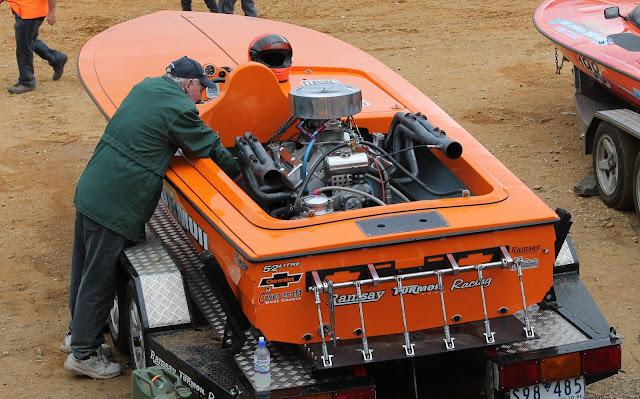 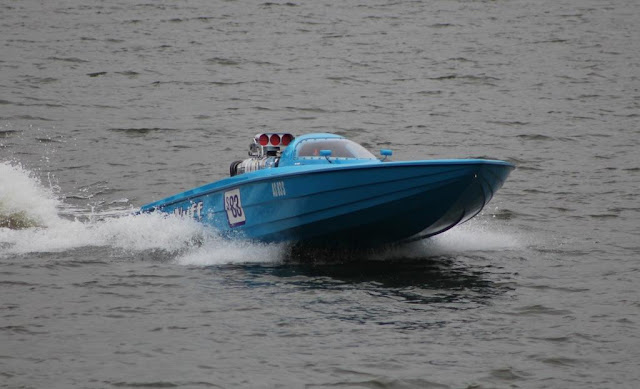 An Aussie boat with a Kiwi driver...the Anzac spirit was alive and well at Pykes Creek on the weekend for the 100th running of the E.C. Griffith Cup. New Zealand's Graeme Weller skillfully piloted "WARLORD" to the win in a hard fought duel with New Zealand cattle farmer Kenny Lupton's "CHEETAH" hot on his heels from start to finish. An epic battle!
Weller reclaimed the prestigious cup he won back in 2010. GP3 owner Ron Burton is also no stranger to the cup having had his hands on it 7 times previously no less!
Cheers also to "LOOSE In The DARK" (crazy looking thing) for putting in a very solid performance chasing the kiwi fellas.
Sadly, hot favorite (2012 winner) Grant Harrison had to watch from the banks after GP1 sheered her shaft and sent the prop flying in the last heat slightly damaging his craft in the process.... the crowd felt his pain :(
A ripper turnout of boats in the variety of classes put on an awesome show and ASB thanks all teams and organizers involved... enjoyed me'self!